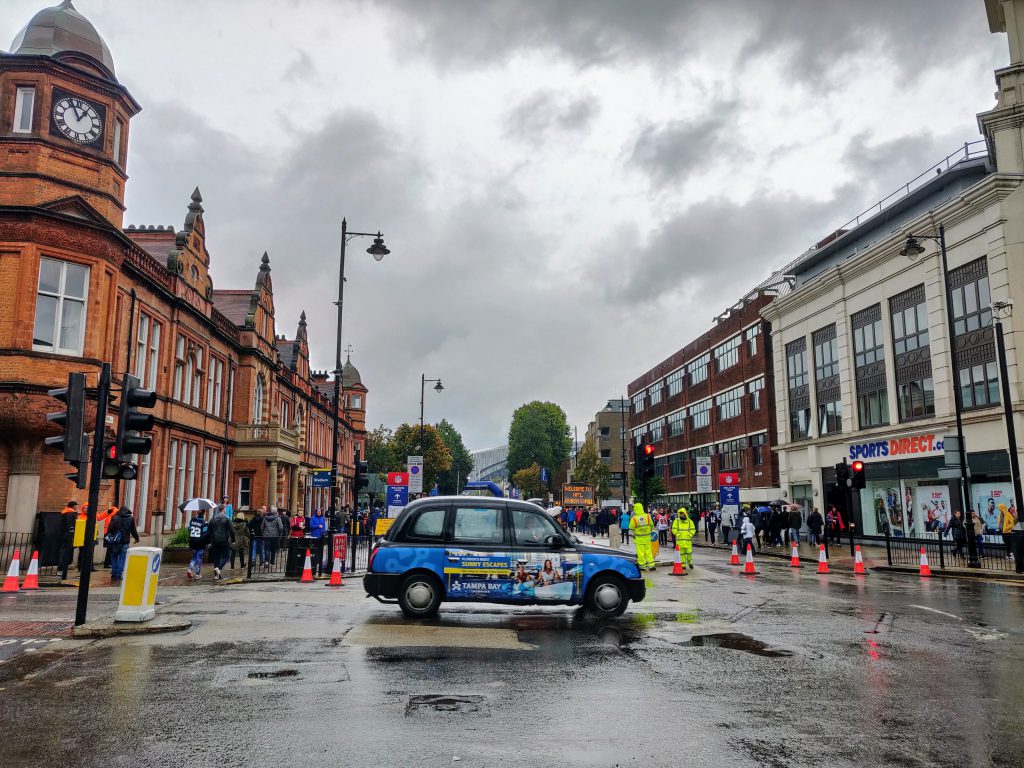 As a part of our Visit Florida Tampa Bay taxi advertising campaign, we have provided branded iconic taxis at the new Tottenham Spurs Stadium in London during the NFL season. Prior to the game, our taxis took part in the Buc’s Bus parade around London’s key locations following the bus for a whole day. This past rainy Sunday Tampa Bay Buccaneers’ fans arriving for the NFL game were excited to see Tampa’s Sunny Escapes during this pre-game parade of taxis. The campaign also includes branded taxi tip-up seats and receipts.

Chamos – In Aid of The Children of Venezuela
December 9, 2019