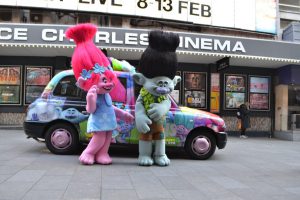 In a week-long campaign across the capital, commuters, tourists and movie lovers will be literally transported to the colourful, fun-filled world of the Trolls. The campaign features a fully branded taxi including glitter hubcaps, full wrapping, special number
plates and multi-coloured hair!

Assets from the Trolls DVD are also being shown on Sherbet’s Taxi TV entertainment system and wifi enabled digital downloads via in Taxi complimentary wifi.

The taxi can be seen touring several destinations including The London Eye, London Zoo and Leicester Square as well as bringing its unmissable colour and humour to some lucky patrons in the West End. 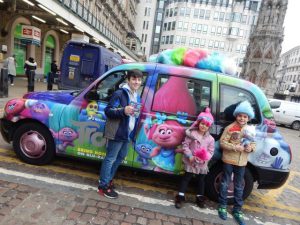 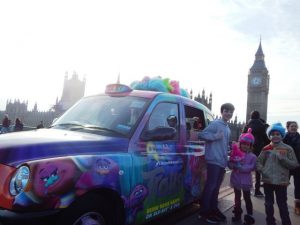 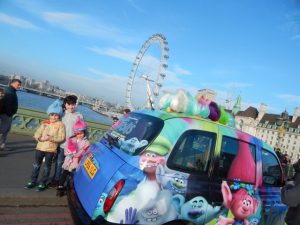 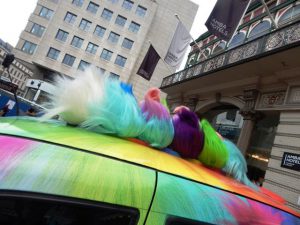 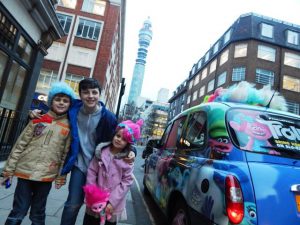 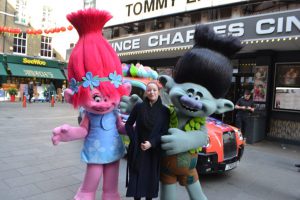 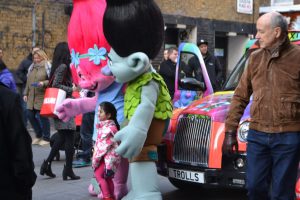 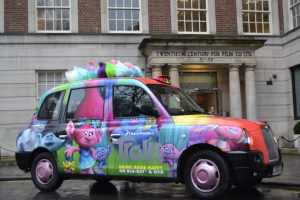 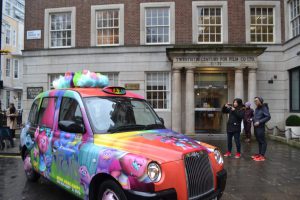 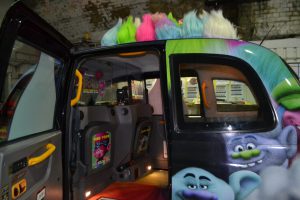 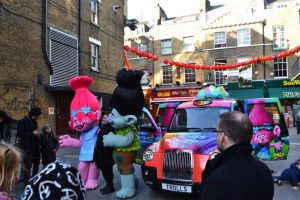 Liz Silverstone, Head of Publicity & Promotions at Twentieth Century Fox Home Entertainment UK “All the team at Sherbet Media have done a great job in embodying the colour and enthusiasm of the film in this brilliant creative campaign execution.” 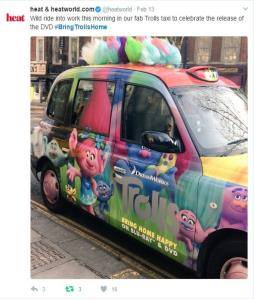 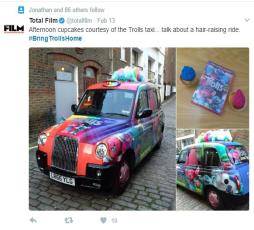 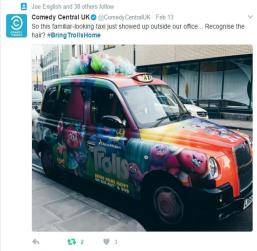 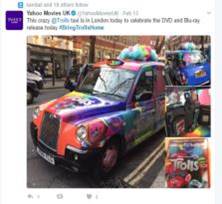 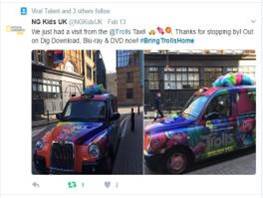 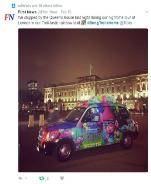 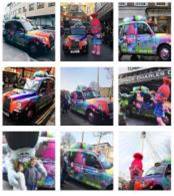